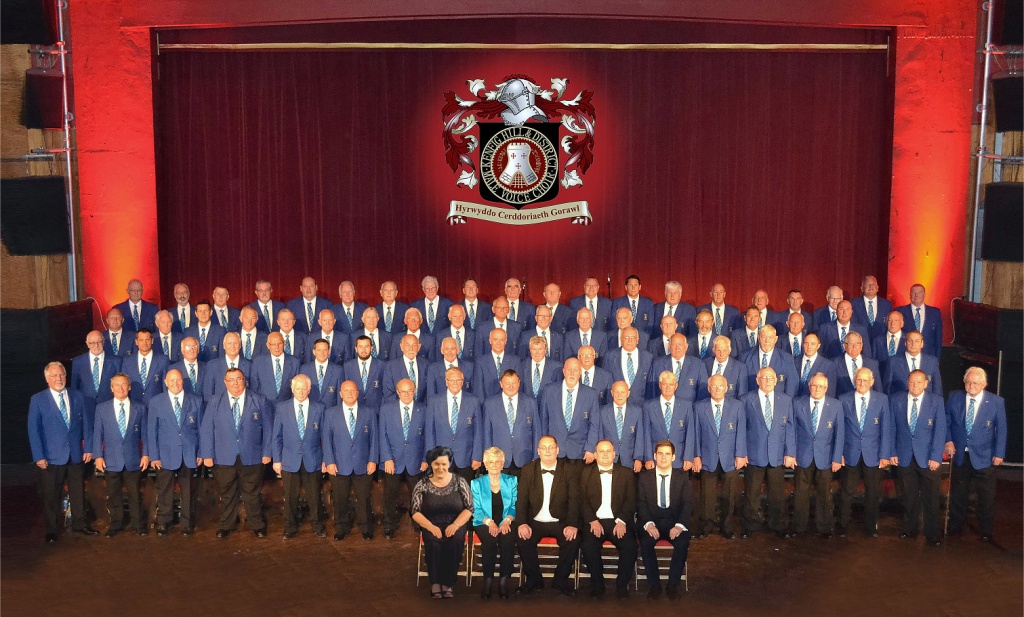 It is with great pleasure that the Music Festival Committee are able to confirm the performers for Saturday 23rd September 2017, the first night of the 2017 Festival: the outstanding Kenfig Hill & District Male Voice Choir. An internationally renowned premier Welsh Choir, Kenfig’s Male Voice Choir has performed in many European countries including; Norway, Germany, France, Poland and Estonia, and has twice toured Canada. Making its first visit to Jersey in 2013 the Choir gave a Grand Charity Gala Evening in the island’s magnificent Opera House.

In the UK the Choir has appeared in many prestigious concert venues. Earlier this year, the Choir returned to the The Royal Albert Hall by a special invitation from the London Welsh Male Voice Choir to sing in 25th Festival of Male Voices, for its 13th time, making it the guest choir with the most appearances. The Choir has also the appeared in the Birmingham Symphony Hall, De Monfort Hall Leicester and The Millennium Centre and St David’s Hall both in Cardiff. The Choir has also performed in some notable religious venues including; York Minster, Bradford Cathedral, Selby Abbey, Doncaster Minster, Wimborne Minster and St Patrick’s Cathedral in Dublin. The Choir is also proud to have sung in its three seats of political power; the European Parliament in Strasbourg, the Palace of Westminster in London and the home of the Welsh Government the Senedd in Cardiff.

More information about the choir can be found at their website, and check back in the coming months for details of repertoire, soloists, and how to purchase tickets.