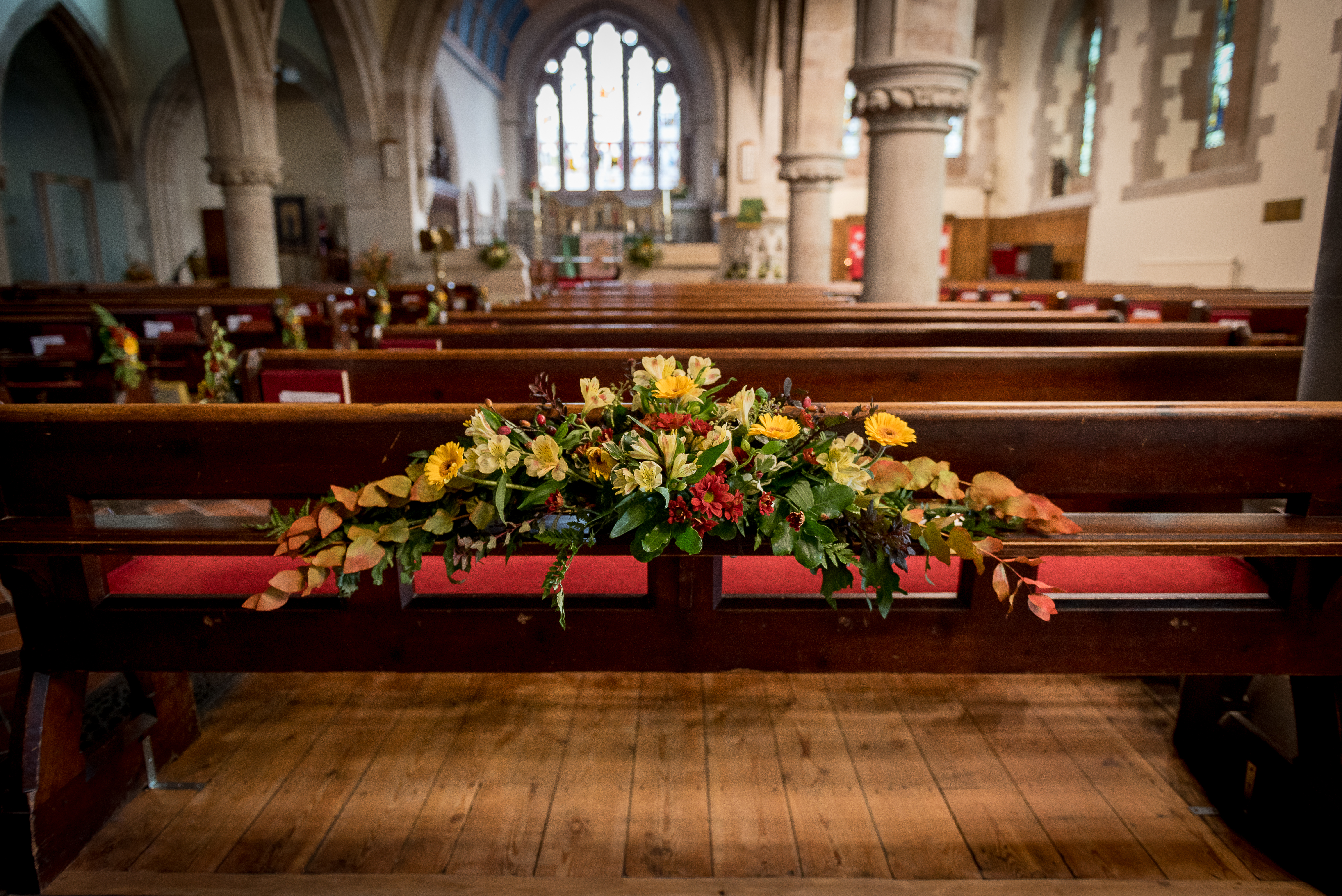 Stonemasons have started work on restoring the stonework on the lower section of the tower. Villagers may remember the restoration of the upper sections of the tower about 30years ago. At some point in the past, much of the tower had been rendered to protect the medieval stonework from decay. Over the decades much of this render had failed and when water penetrated behind the render freeze-thaw action increased the potential for decay. Between 100 and150 stones need to be replaced including the stonework to the tower window where weathering has caused the soft sandstone to laminate.

A recently discovered photograph of St Benedict’s shows the crosses that used to decorate the roofs. Once again these had suffered badly from the weather and only part of the bases remained. We hope to renew three or four of them with modern replacements following as closely as possible the original designs. The work has been made possible following a bequest from the late John Pople.