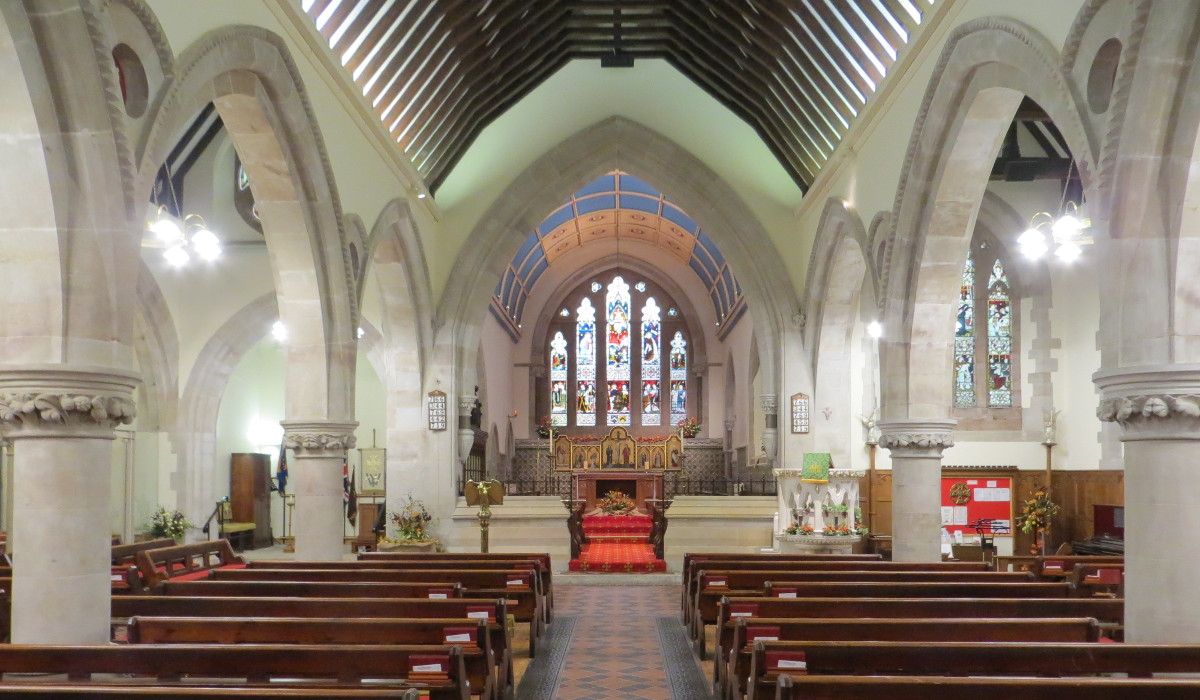 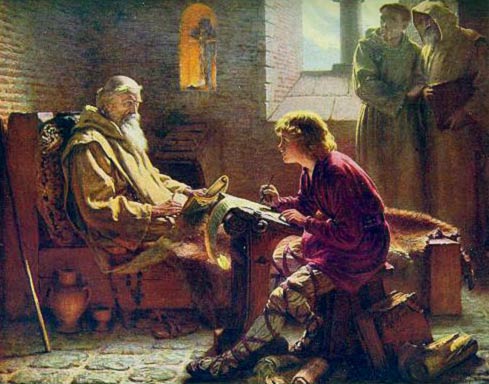 The Venerable Bede spent most of his life in Northumbria partly at Monkwearmouth and partly at Jarrow on the banks of the Tyne. Bede was just seven when he was handed into the care of his local monastery. Founded by St Benedict Biscop, it was developing an important scholastic tradition, a tradition that Bede embraced with enthusiasm.

Today, that part of the North East struggles with its industrial past but in Bede’s day his monastery was surrounded by green fields and there were only scattered villages and hamlets for company. It was here that Bede lived his life, studying, writing by candlelight with a sharpened goose quill, sharing in the life of the community and worshipping God through the abbey’s daily services.

Bede wrote no less that 68 books including commentaries on the Bible, a guide to spelling, works on science, the art of poetry, mathematics and astronomy and perhaps most famously of all history.

It is largely due to Bede that we date history from the birth of Jesus. The Romans had based theirs on the accession dates of their emperors. In his book “On the Reckoning of Time” written in AD 725, Bede suggested that the Church should not rely on this pagan system but should date everything from the birth of the Saviour. He made use of this new chronology in his book “The Ecclesiastical History of the English People” and over the succeeding centuries it became common usage, so much so, that we take it for granted today.

Bede wasn’t just a scholar, he also took a particular interest in cooking and he kept his own store of peppercorns and precious spices to sprinkle on the rather bland monastery meals!

Bede died when he was 68, a good age by the standards of his generation. He was still writing, attempting with the aid of his pupils to translate St John’s Gospel into English. He dictated his final chapter, then turning to one of the monks he said “I have a few treasures in my little box, run quickly and fetch the priests of our monastery, so that I can distribute to them these little gifts which God has given me.” The priests arrived and this saintly man distributed his worldly possessions before the died.

Bede is buried in Durham Cathedral where this prayer, written by Bede, stands over his tomb.
Christ is the morning star who, when the night of this world is past, brings to his saints the promise of the light of life and opens everlasting day.